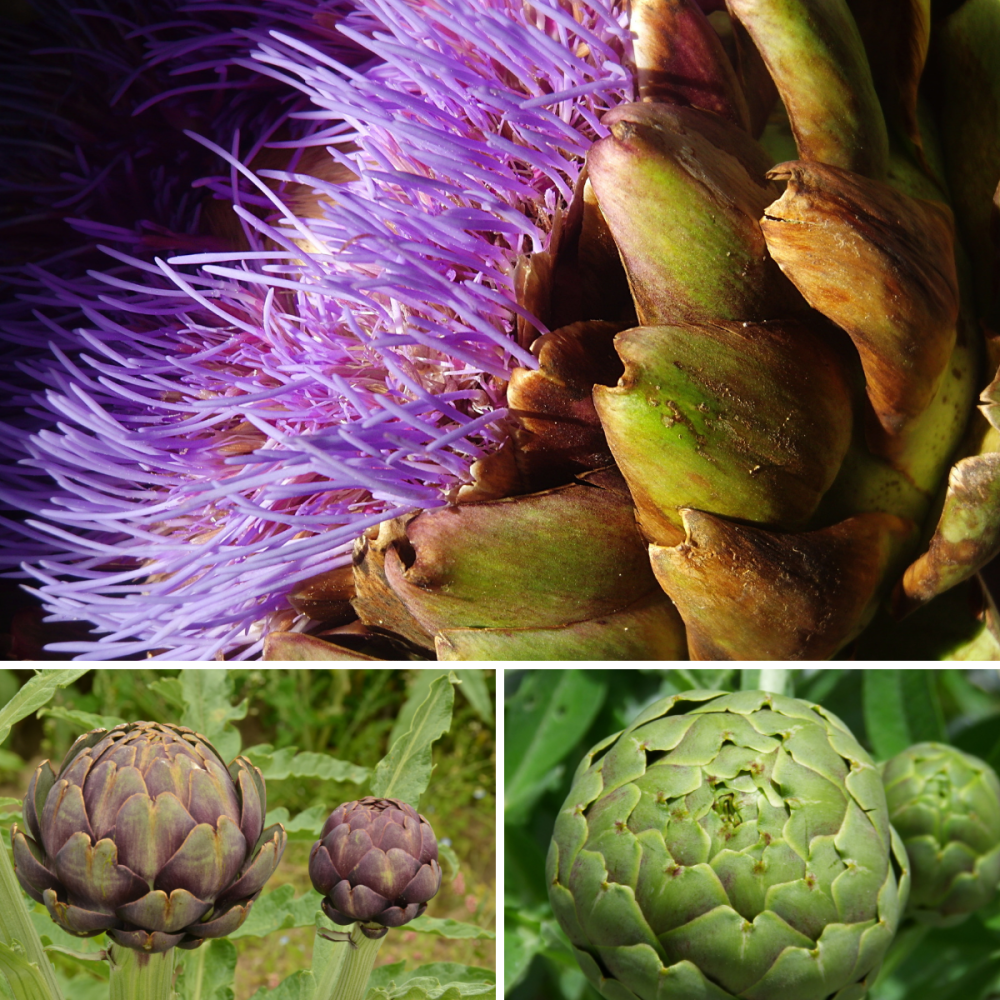 Artichoke Green Globe
The standard green-headed variety, reaching up to 170cm in height. Attractive large blue thistle-like flower heads if allowed to flower.
Large and tasty heads of green buds have made Green Globe Britain's most popular variety of Artichoke. The plant are easy to grow and last many years. They can also be planted in the ornamental garden.
Qty - 15 seeds

Cardoon - Cynara cardunculus
Similar to Globe Artichokes, Cardoon is grown for the edible stalks and midribs. Cardoons are grown for their crisp, succulent leafstalks which can be blanched in the same way as Celery. The tasty stems may be stewed, used in soups, or eaten raw in salads.
Could be grown at the back of a flower border .
Qty - 40 seeds

Recommend this to a friend  +